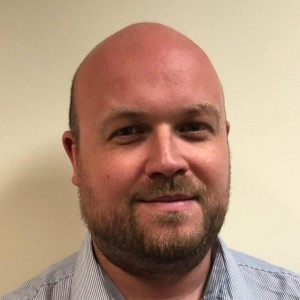 WATCH: The moment thieves steal £15,000 worth of goods from family-run business

Footage has captured the moment £15,000 worth of laptops and hard drives were stolen from a family-run business. Thieves broke into Anglian Internet on Rackheath Industrial Estate at around 3am on Thursday, March 19.

They attempted to shatter a security door but were stopped by an iron gate before smashing a hole through a wall, which they then used as an entrance. CCTV footage shows the moment goods worth between £10,000 and £15,000 were stolen from the family-run business, including around 20 laptops and computer hard drives.

Owner Glen Minter, from Thorpe St Andrew, said: “I am annoyed as you can imagine. I still don’t know the extent of the loss as we haven’t listed everything down yet. The country is in a difficult situation at the moment and then you have people stealing from others. They clearly have no morals at all and I fear more thefts like this could happen.”

The business reopened the following day as Mr Minter said “life has to go on”.

He added: “Fortunately they did not take any of the repair working we were doing or any of our customer’s laptops so we are still maintaining a full service to our customers.

“Our biggest concern is getting back laptop stock as that is where we have been affected the most. Obviously, more and more people are working at home during coronavirus and so we need to be able to supply the equipment to them.” Mr Minter said he was alerted to the burglary when an alarm went off at around 3am.

He added: “To be fair I think the burglary was totally organised and they looked professional as they were all covered up and wearing balaclavas. I’m sure this isn’t the first time they’ve done this.

“If you look at the footage you can see they knew exactly what they were doing and where they should go. They even hammered through the wall with a sledgehammer, I presume when they couldn’t get through the security door although they were ultimately caught out by our motion detectors.”

A spokesperson for Norfolk police said: “Police were called at approximately 3.10am following reports of a burglary at a business premises in the Rackheath Industrial Estate. A number of laptops were stolen. Enquiries are ongoing.”

We feel every business should have adequate CCTV systems installed on their premises to guarantee they can do everything possible to combat burglary. We secure hundreds of companies up and down the UK 24 hours a day seven days a week to give peace of mind to all business owners. Please don’t hesitate to contact us today for a FREE no obligation survey and quotation.

You can see the footage on the Original article found here